Payap University’s International College hosts a full range of undergraduate, graduate and certificate programs specifically designed for international students all under the one roof, all of which are fully taught entirely in English. This attracts international students from all around the world and Thai students with exceptional English skills. The International College benefits from being on the main Mae Khao campus in Chiang Mai, Thailand to share all the great facilities with the other Thai faculties. This allows for cross-cultural exchange and shared student-led activities.

All undergraduate and graduate degree programs are fully accredited by the Ministry of Education, Thailand. As a private university, Payap has to follow the National Qualifications Framework for Higher Education in Thailand and must submit to the formal practices and TQF standards (Thai Qualifications Framework for Higher Education). This includes annual auditing of all programs and academic support to guarantee the quality and service of all accredited programs.

In January 2015 Payap University obtained official recognition from the United States government, through its Department of Education (DOE), as a deferment-only institution.

This confirms Payap’s eligibility to offer degree programs approved by the Department of Veterans Affairs (VA) of the United States of America for eligible American veterans. The current American Veterans VA Program at Payap has thirteen programs approved for VA funding – read more.

The following is from the US DOE:
“The Foreign Schools Participation Team is pleased to inform you that, based upon the information included in your Application for Approval to Participate in Federal Student Financial Aid Programs, the Secretary of Education (Secretary) has determined that Payap University (Institution) satisfies the definition of an eligible institution under the Higher Education Act of 1965, as amended (HEA). Payap University will be listed in the next edition of the Directory of Postsecondary Institutions published by the U.S. Department of Education (Department).” 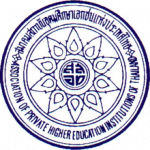 Payap University is a member institution of the Association of Private Higher Education Institutions of Thailand.  APHEIT was established in 1979 and is a non-profit association founded by a group of private higher education institutions in Thailand to establish and promote cooperation among private higher education institutions in the country. APHEIT is recognized by the Thailand Ministry of Education as one of the organizations that plays an important role in Thailand’s university administration.

Payap University has a long and rich history beginning in 1888 with the founding of the Thailand Theological Seminary. That seminary has now been integrated into Payap University as the McGilvary College of Divinity, one of eleven academic divisions comprising the university. Initially, seminary students were accepted after completing elementary school. High school graduation gradually became the pre-requisite for a seven-year bachelor of divinity (BD) course that was formally initiated in 1960. The second predecessor of Payap University was the McCormick Hospital School of Nursing, established in 1923. After first accepting students with minimal educational qualifications, in 1961 the School of Nursing made high school graduation a pre-requisite for entrance. Degrees awarded by these institutions, however, were not recognized as college degrees by the Royal Thai Government.

The Royal Proclamation of the Private Colleges Act of 1969 made private higher education a legal reality in Thailand. The Thailand Theological Seminary and the McCormick Hospital School of Nursing initiated discussions to set up a private college. Together with representatives of the Church of Christ in Thailand, the American Presbyterian Mission, and the Disciples Division of Overseas Ministries, they formulated articles of incorporation which were submitted to the Royal Thai Government.

Payap College received accreditation on 21 March 1974, and became the first private college in Thailand outside of greater Bangkok.

The first class of 204 students was accepted in 1974 and 154 students were graduated at the end of the 1977-78 academic year. Since that time thirty-two more classes have completed their course of studies; there are over 31,000 alumni of the university.

In its early years, Payap College operated in borrowed facilities. Originally there were two campuses, one adjacent to McCormick Hospital and the other five miles distant, a four-acre site on the west side of Chiang Mai, on which stood three residential buildings. Although initial plans called for the development of these two campus sites, it soon became evident that expansion of the four-acre western site near Chiang Mai University was impractical; skyrocketing real estate costs precluded additional land acquisition at that site. The eastern campus, opposite McCormick Hospital, strained to accommodate adequate facilities for both student and graduate nurses of the hospital and the students of the Thailand Theological Seminary. Although additional buildings on this 16-acre site would have been possible, facilities for the anticipated student body of several thousand students could not have been accommodated. The Board of Directors, therefore, voted early in 1974 to proceed with acquisition of land in a more favorable location, two miles to the east of the McCormick campus (now called the Kaew Nawarat campus). About 120 acres of low-lying land were then acquired; this site now comprises the Mae Khao campus, which serves as the main university campus. Subsequent land acquisitions have increased the size of this campus to approximately 275 acres.

In 1975, Payap engaged Metropolitan Engineering Consultants Co., Ltd., of Bangkok, a leading architectural and engineering firm, to prepare a ten-year master plan for campus development. The implementation of this plan began with the dedication of the first five buildings on the Mae Khao campus in 1982. Since then, 16 major buildings have been constructed at the Mae Khao campus. Payap also continues to offer classes on the Kaew Nawarat site where the College of Divinity, the faculty of nursing, the music department, the Christian Communications Institute, and the university archives are located.

Payap’s achievements were recognized by the Royal Thai Government in 1984 when it became the first fully accredited private university in Thailand. Since then the university has continued to progress, expanding facilities to accommodate the steady growth in the student body, investing in the continuing education and training of the faculty through university support of graduate education in the US and in other countries, and adding a wide range of international programs to attract students from across Southeast Asia and from other areas of the world.